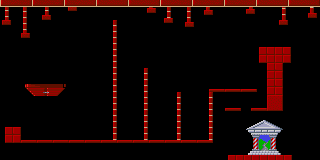 A TOWERING PROBLEM is the eighth level of Wicked, featured in Oh No! More Lemmings.

Retrieved from "https://lemmings.fandom.com/wiki/A_TOWERING_PROBLEM?oldid=11248"
Community content is available under CC-BY-SA unless otherwise noted.